Free 30 Minute Evaluation when you mention the PAC PT website! 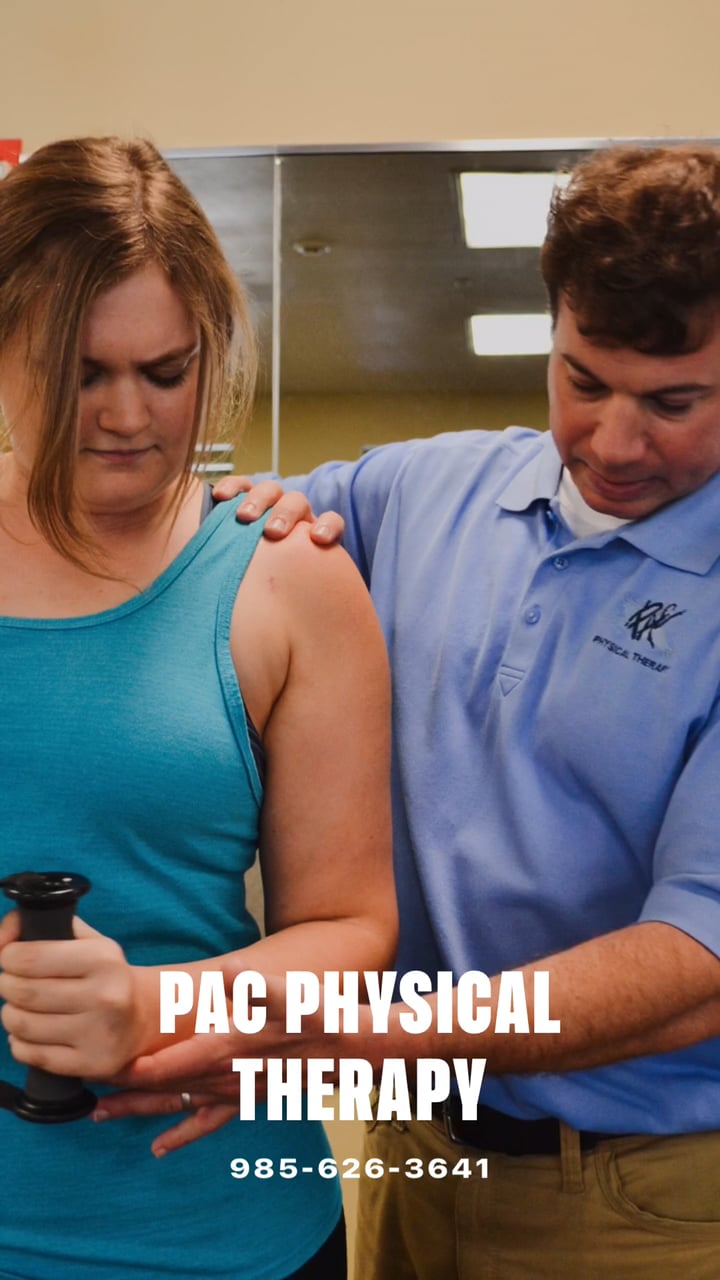 Get Your recovery Started!

PAC PT is a full-service outpatient physical therapy clinic located inside Pelican Athletic Club in Mandeville, LA. We offer one-on-one treatments with a therapist each session and create rehabilitation plans which benefit the long-term success of the patient. Our one-on-one approach, access to state-of-the art gym equipment, and free childcare for all patients, set us apart from other physical therapy clinics! Please note, you do NOT need to be a member of Pelican Athletic Club in order to be a patient at PAC PT.

How We Can Help You

We believe in making your recovery as easy as possible. As a patient with us, you can expect individualized care, flexible scheduling, and great customer service throughout your entire recovery. Whether you've just had surgery or are dealing with everyday aches and weakness we are here for your needs every step of the way.

At PAC PT our therapists spend the entire session with you assisting with either manual treatments or assisting with educating patients throughout their individualized rehabilitation plan. We believe that patient education is one of the most important steps in a patient's recovery and take every step necessary to ensure the patient has the knowledge they need to maintain optimal day to day lifestyles.

We have year-round access to two temperature regulated pools, which allow us to incorporate aquatics into a patient's rehab. Handicap access is available if needed.

Scott graduated from LSU's College of Physical Therapy with a master's in physical therapy in 1999. After graduating Scott was hired as a physical therapist for PAC P.T and has been here ever since!

The personalized care you deserve

Please contact us directly with any questions, comments, or scheduling inquiries you may have.